How do you measure up?

The Immune Response The innate immune system included in all human bodies since creation is a complex network of immune cells including monocytes/ macrophages, neutrophils and natural killer cells that circulate throughout the body to identify and destroy pathogens or health invaders which have entered the body seeking to harm and even kill you.

Health challenges, from common colds to chronic disease, are more frequent in occurrence, more intense in misery and slower in recovery in those with a substandard and suppressed immune response or are on immunosuppressant medication. MG Beta Glucan of all the natural compounds known to activate the innate immune system, one of the most extensively researched and documented (see www.betaglucan.org) is beta 1,3/1,6 beta glucan. 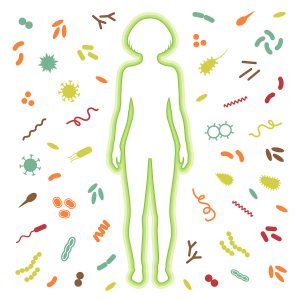 Nutritional Scientific Corporation (NSC), known nationally as The Beta Glucan Company, researches and manufactures NSC MG Beta Glucan. For two plus decades NSC MG Beta Glucan has been the subject of extensive research at a major U.S. Medical School, Dept of Microbiology, under the direction of a world-renown Immunologist.

God gave each of us an immune system composed of 1/5th of our body’s cells. But just like our cars, we need to keep our bodies fine tuned in good operating condition. Let’s take a quick test to evaluate how ready Your body is to protect you? Are you ready?

How did you measure up?